- For Manager, Employee, Recruitment, Finance, and Approver Level Users only -

By default, a user in HRWize can see items on their calendar which are relevant to them such as their time off, training, company holidays and so on.

It is possible to change this view at a company level to allow users to see time off of other users which can be useful if you want your users to know who else is off before they request time off. This is configurable by an administrator through:

The menu under "Calendar Status" (Public or Private) can also be tweaked at a time off type level to show varying levels of information on an individual time off type basis.

One problem with this approach, is that for large organizations, this has meant that switching this on has flooded users calendars with often hundreds of time off records for colleagues whom the user has no connection with possibly even those located in other countries. To overcome this, users can now control what is displayed on their calendar by choosing to display items based on the site, department and manager of the other employee(s).

To use this specific feature you must have "Calendar" set to "Public" under: Administration > Company > Settings > Display Settings

The default is that all items are displayed as per today but by changing "Public Calendar Display" under "Localisation" the user can now change this:

The three boxes limit the display of items to those at the same site, in the same department, or with the same manager as the user.

Additionally the controls can work in conjunction so if a user ticked all three, they would be limiting the display to only those employees who were based at the same site as them, were in the same department as them and shared the same manager. Obviously as each additional control is applied it will reduce the number of items displayed.

Below are some screenshots of this in action. Initially, the user sees all timeoff across the company:

Now we change "Public Calendar Display" to just show those at the same site as the current user. As a result quite a few items are removed:

Now, if we limit to same department again, we lose quite a few from the first example but actually are showing more than we were when just limited to sites:

This time, we now limit to same manager. This has a greater impact than the others as you would expect as usually, there are more employees at a site or department level than at a manager level:

Finally, we now select all three so we are only showing those who share the same site, department and manager as the user. This has the most dramatic impact though the actual impact will vary depending on your company structure. In this case, there is now only one employee visible from the original 10+ items:

This is designed to stop employees from identifying the reasons for colleague's absence through the colur coding feature.

The Anonymisation will also have no effect on the administrator's calendar, the "regular" colors of the time off types will display as usual.

Choose files or drag and drop files
calendar
timeoff
public
Was this article helpful?
Yes
No 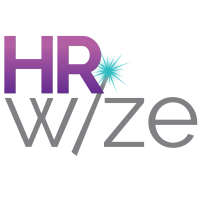